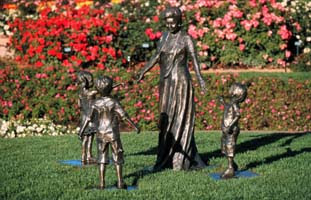 Back in October, I described the old style home garden. There is something enormously satisfying about planting and then watching things grow, although it is hard in this time poor world, especially for those living in metro areas.

Several years ago, well back into the last century in fact though it seems odd to describe it in this way, I used to live in Queanbeyan and work across the border in the Australian Capital Territory. A visit to Lanyon Homestead was a favourite week end activity.

While the Homestead and its exhibitions were always interesting, what I really enjoyed was a walk in the garden with its trees, so satisfying on a hot day because of the quiet shade.

Personal gardening has been in sad decline because of smaller house blocks, more things to do, an increasingly crowded world. Yet the desire to grow things for sight and taste continues to be strong.

Here I have watched the development of community gardens with interest as a way of bringing people back to gardening.

Community gardens are a subset of a broader change process that includes the farmers market, slow food and cittaslow movements. Long may they continue.

Posted by Jim Belshaw at 6:10 am No comments:

In a recent post I mentioned that Goolwa in South Australia had become Australia's first Cittaslow town, a sign of the continuing change in Australia as people search for new life styles.

Now I see from the Organic Food Blog that sales of organic food in Australia are estimated at about $500 million a year and are growing at 25-50 per cent a year (between 30 and 50% at retail).

The problem is that demand is outstripping supply, with Australian organic production only growing at between 6 and 15 percent a year. One difficulty here is the process that farmers have to go through to get accreditation as an organic supplier, creating lags in the supply chain.

Over on the Australian Technology and IP blog - yes, I get around - a short post making the point that in Australia the only geographical indications (a Geographical Indication (GI) is an official description of a region to protect the reputation and name of a product of that region) are for an Australian wine zone, region or sub-region.

GI is similar to the Appellation naming system used in Europe. There are no Australian geographic indications currently for food products. I suspect that this is a very real gap.

Posted by Jim Belshaw at 6:08 am No comments:

Every so often I pause to look at search patterns to see just what people are interested in.

People visit the site from many countries. If we look at the continent distribution, almost 60 per cent come from Oceania/Australia, followed by Asia, North America and Europe.

Then when I look back over the last forty or so searches, searches linked in some way to higher education are the largest single search area. Here I have been pleased to see that the post I did on universities ranked by student experience has received a number of hits.

Posts related in some way to food is a second category receiving steady hits. There appears to be considerable interest in Australian regional cuisine, a topic that I have written about but where I am still feeling my way.

Beyond this point searches are very fragmented, covering a wide range of individual topics. This makes it difficult to judge real interests. However, I can test this further by taking some of these topics and writing a little on them to see if this attracts further hits.

Posted by Jim Belshaw at 8:38 pm No comments: 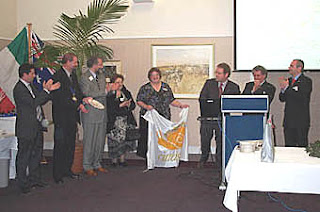 Photo: On 12 March 2007, the historic Riverport of Goolwa in South Australia was recognised as the first Cittaslow in Australia.

Cittaslow - composite language word - 'citta'
is Italian for town or city and 'slow' from the international Slow Food movement and pronounced CHITTA-slow.

They were accompanied by Mrs Iva Barbabella an Umbrian cook who prepared a traditional Italian meal using Australian produce as a thank you for the Mayor. The visit coincided with the SA Wooden Boat and Music Festival held in Goolwa and attended by over 13,000 people.

Recognition of Goolwa as the first non-European Cittaslow came after residents, businesses and Council combined to assess the town against an extensive series of criteria and to submit an application to join the international network of towns that consider quality of life important. The criteria covered environmental issues, infrastructure, urban fabric and heritage, local food and produce, hospitality and community, education and awareness. Cittaslow is a process of continuous improvement.

Any town or city below a population level of 50,000 is invited to consider Cittaslow as a framework for developing a sustainable future whilst preserving the culture and traditions that make each town unique. Towns that have already established a Slow Food Convivium are already adopting Cittaslow qualities.

Posted by Jim Belshaw at 8:17 am No comments:

I will be reporting on this later, but in the meantime thought that I should draw the report to your attention. 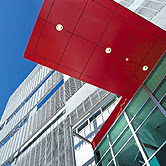 Photo: IT Building, University of the Sunshine Coast, a surprise performer in the Regional Living Australia university rankings.

Discussions about Australia's universities tend to be dominated by the so-called Gang of Eight, a group of eight universities - Western Australia, Adelaide, Melbourne, Monash, ANU, Sydney, NSW and Queensland - that are trying to position themselves as the dominant Australian universities.

These universities attempt to focus the debate on higher education, and with some success, on those attributes that best suit them in the battle for funding and position. The same type of thing comes through if you look at existing ranking systems, they focus on things that the universities themselves think are important

I have been concerned for some time that the discussion ignores the single most important thing, the student experience. Some of the most highly ranked universities offer the worst student experiences. So I thought that it might be interesting to try to create an undergraduate student centric ranking.

To do this, I have taken data from the Good Universities Guide 2007 and attached numbers to the star system they use to rank performance in different areas. So five stars gets five points, four stars four points and so on. Universities are then ranked by their total score.

In doing so, I have had to make judgements about the relevance of different areas to the student experience. Detailed notes on methodology follow at the end of the post.

At this point, the rankings cannot claim to be rigorous. However, the process and results are interesting.

A list of Australia's top 32 universities follow ranked by student experience. The M and the R indicate whether the university's main campus is in metro or Regional Australia. Many university's have a number of campuses.

I found the results very interesting.

There is a spread of 18 points between the top university, Wollongong, and the bottom group. Four of the top five universities (Wollongong, New England, ANU and Sunshine Coast) are located in Regional Australia.

I had expected UNE to be in the top group because it scores well on a number of student indicators. However, the presence of Sunshine Coast and Avondale College in the top 15 came as a surprise.

There is an interesting change process here in that many of the newer and smaller institutions (Avondale is actually long established but has only broadened its tertiary role recently) are obviously strongly student focused and hence score very well on student indicators.

Some of the major metro universities actually performed better than I expected. While not in the top group on some of the key student indicators, they score better on student entry demand and tend to score better on immediate jobs and salaries after graduation, thus pulling their rankings up. Queensland did best of the metros because it got reasonable scores across a range of indicators.

I mentioned the Gang of Eight. Their position in the rankings are Queensland (second), ANU (4=), Melbourne, Sydney and Western Australia (6=), Monash and the University of New South Wales (16=) and Adelaide (35th, 17 points). Not bad overall, but hardly sufficient to warrant their claims for university supremacy.

Within the Group of Eight, I was surprised at Adelaide's low ranking. Intuitively, and this is based on recent experience with both institutions, I would also have ranked Sydney lower, UNSW a little higher.

My focus is on the undergraduate experience. Postgraduate study raises different issues.

I have also focused on HECS funded places because I did not know how to weight full fee places.

Bond University is a case in point. I ranked all universities including Bond which scored 40 points, equal to Wollongong. But all Bond students pay fees. How do I balance this in terms of value to get a like for like index? This was too difficult, so I excluded Bond for the present.

The Good Universities Guide 2007 provides star rankings from one to four for universities across a number of dimension. At this stage in the development of the index I simply converted stars to point, adding them up to get a score.