Visitor 20,000 came from Sydney via Google searching on blogs about growing old australia. This brought them to Getting old in Regional Australia. Another topic that I should update!

I hadn't intended to return to Gordon Smith's 2011 outback tour so soon, but I was struck by this photo.

Who would expect to meet a modern tank in the Queensland outback? Actually, I suspect that there is a real story here. But that's a matter for another post! 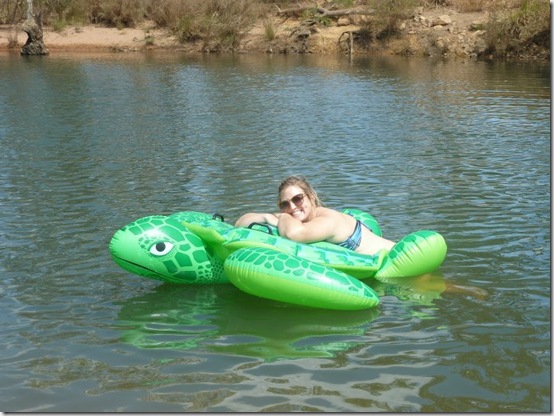 As I mentioned earlier in the month, eldest has been to Kununarra in the Kimberley's in Western Australia to visit boyfriend.

I had wondered what her reactions would be.

While she was born in Armidale, she has been living in the Eastern Suburbs of Sydney and in some ways has become a metro girl.

She really enjoyed herself.

I will do a proper interview later, but for the moment I just wanted to include this water scene. 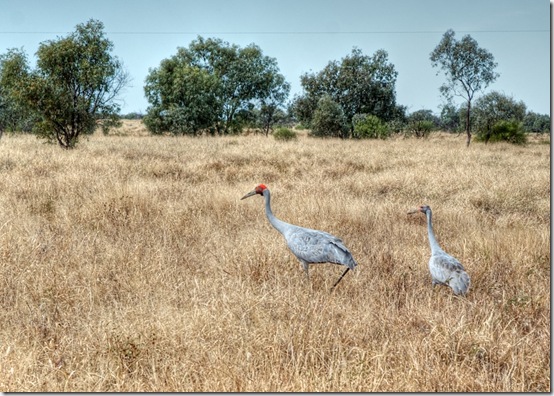 Back on 21 July I mentioned Gordon Smith's outback adventure. He has continued his photo tour since.

This photo shows brolgas at  Bladensburg National Park. This is around 16 km (10 miles) from Winton in inland Queensland.

Do have a browse of all his outback tour 2011 photos. I think that you will find it rewarding.

I wrote my first post on this blog about regional legal practice, Practising Law in Regional Australia, back in October 2006.

One point that I have made that I need to return to is that the returns from professional practice in regional Australia all depend upon your needs. I was reminded of this by the obituary in the Sydney Morning Herald of Dubbo solicitor Don Olney. I quote from the first few paragraphs of Malcolm Brown's story.

Don Olney, born at the end of World War II, was a brilliant student at Normanhurst Boys High School, where he studied under the benign dictatorship of legendary headmaster Tom Pearson and had energy to burn.

He was admitted as a solicitor of the NSW Supreme Court in 1969 and there was no stopping him. He had already met the love of his life, secretary Rhonda Howells, during his daily train trips from Hornsby to the city and had married her in 1967 while still a student.

Completing his articles with the legal firm Baldich, McPherson and Walsh, he found himself a fully fledged lawyer, virile, with a beautiful wife and the world at his feet. But where was he to go?

He went bush, a reverse of the trend of young professionals who prefer the comfort and convenience of the metropolis. During his long and successful career in Dubbo, in central western NSW, he showed just what a young professional could do in a regional area.

I leave you to read the rest. It's just that the story illustrates my point.

Back in 2007 I wrote a short series of posts on the Kimberley region. Eldest left this morning for Kununurra to visit her boyfriend who is a pilot with Alligator Airways, so I am going to be able to get a direct update. In the meantime, we have reached month's end.

Posted by Jim Belshaw at 9:33 pm No comments: