It may sound dumb, but for someone who lived for so long in Armidale I rarely ventured north into inland Queensland. Our focus tended to be east and south, partly because the coast was a place for holidays, partly because state boundaries dictated that so much official business had to be carried out in Sydney.

My father was different. After he retired, he packed Mum into the car with his camera and went exploring. At first his focus was on New England, but then extended to inland Queensland.

There is some fantastic country there. I mention this because Gor 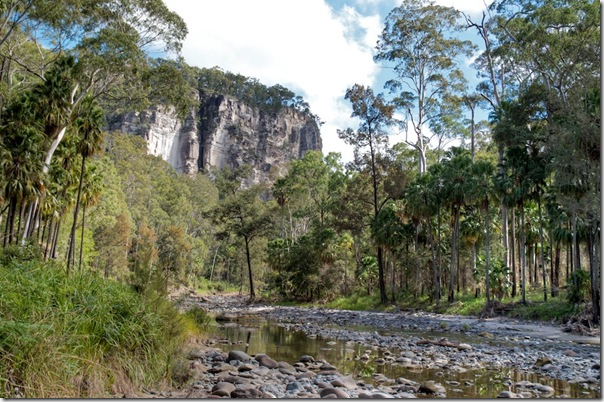 don Smith whose lookANDsee photo blog is one of my all time favourites has taken his car and camera and headed west and north from Armidale on one of his regular outback tours. Just at the moment he is in the Carnarvon National Park.

The caption on this photo reads:

This view seems to come from the land that time forgot. Can’t you almost spot the dinosaurs about to push out from between the trees?

You can see what Gordon means.