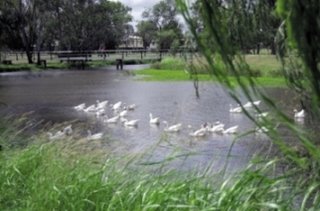 This post continues the story of Katrina and Tom's search for a future in Regional Australia.

In my first post I reported that Katrina had sought advice on relocation possibilities in regional Queensland or possibly NSW. Because final choice depends upon family needs, my second post discussed Katrina and Tom's needs based on information supplied by Katrina.

At this point I diverted from Katrina and Tom's story to discuss the case of Contessa and a possible move to Tasmania. While a diversion, the theme (the need to think through needs) was the same.

Now that we understand Katrina and Tom's needs, the next step is to help them scope the marketplace for Tom's skills as a boilermaker. As they do this, we will then be able to start scoping the pluses and minuses of particular locations. Remember, it's not just a job for Tom that they want, but a life style no longer available in metro Australia.

Many skilled trades jobs in Regional Australia are no longer advertised simply because employers have found it so hard to get a response. I will talk about ways to access this marketplace later. For the moment, I want to focus on major information sources that Katrina can access via computer.

I start with Seek. This site used to be pretty awful outside metro areas, but is now getting much better regional coverage.

I started by doing a search on boilermaker/welder in NSW other. Eleven jobs had been listed over the last 30 days mainly located in Newcastle and the Hunter Valley. This is an area where the growth of the coal industry has had a major impact.

I then looked at Queensland, other. Here there were 26 boilermaker/welder positions listed again with a bias towards manufacturing and mining areas in Regional Queensland. So this simple search has generated over 35 possibilities listed in the previous 30 days.

I then looked at the Rural Press JobsGuide. This covers job ads in Rural Press newspapers. I did not find the search categories here as helpful as the Search categories (there is no provision to search on boilermaking), so ended up searching on trades & services, light industry, NSW. This threw up a few jobs, including an urgent need in Oberon, a town that exactly fits Katrina and Tom's specifications.

I then did a similar search on Queensland, but Rural Press is weak in Queensland, so there was nothing there at this point.

I then looked at APN, who have major newspaper holdings especially in Regional Queensland and the North Coast of NSW as well as parts of NSW. I had a little difficulty finding the APN equivalent of JobsGuide. Finally I found a site called Checkout that allows you to search APN classifieds on APN sites. I then clicked on jobs all locations. I got through the first time identifying a number of boilermaker positions, but then the site went down.

I then found a Queensland Government site providing information on over 12,000 job vacancies in regional Queensland. This site also carries you through to the Australian Jobs Search site, a national site listing over 100,000 job vacancies around Australia. From this, you can drill down by area and occupation.

This should give Katrina enough information to start scoping job possibilities. In the next post I will change focus to look at the approach to be adopted in selecting between localities.